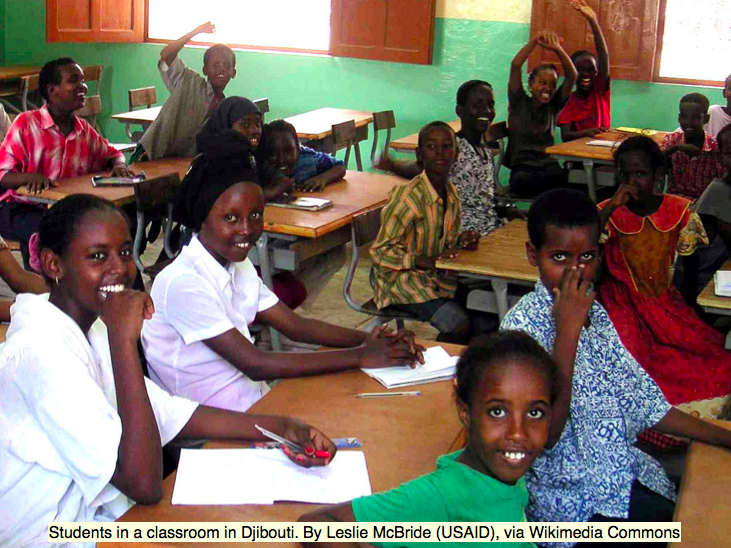 Students today are trapped in a strange dilemma precipitated by disturbing trends. One hand we have the devaluation of the college degree, as more and more employers are demanding college degrees for jobs that essentially call for high schools (see New York Times), and on the other, we have colleges rising exponentially and leading to a second debt crisis (See Time).

This may be a new phenomenon affecting the United States, but has been a well known problem in the dismal economic scenario in poorer parts of the world.

In India, we have had the tragedy of graduate and even post graduate students fighting over janitorial opportunities in the arid job market, while thousands of students never have the wherewithal to continue their studies beyond high school ( Class XII) or even middle school (Class X). In the gloom that is gathering over the global economy, it is the student and the education system that is finding itself trapped in a cul-de-sac that seems to be leading nowhere in general and despair in particular!

Yet, it is only education and learning that can provide a safe, guaranteed, environment-friendly, and sustainable way for the world to dig itself out of the hole that it has found itself in. But to use it effectively we must be open to throwing away many of the myths and misconceptions that cloud our judgment and inhibit us from crafting a bold new architecture on which the world of the future can or should be based. An architecture that is based on distance learning and online education.

The biggest myth about online education is that it can never be as effective as face to face classroom training. This has been repeated ad nauseum and has acquired a ring of Gobbelsian authenticity.

The fact is that very often face-to-face classroom education, when delivered by incompetent and under-prepared faculty, is no better than no education at all; even though students are presented with a degree or diploma for simply sitting through the course and writing an exam.

On the other hand, self-motivated acquisition of knowledge from websites and Youtube videos have equipped many people with the skills that are necessary in their daily work — even though there is no universally accepted certification in the end.

The bottom line is that it is futile to compare online and class room education. Instead the comparison should be between effective and ineffective pedagogy, between good and bad teachers — irrespective of the medium or the technology used to transfer data, information, knowledge and wisdom from the teacher to the taught.

The Massively Open Online Courseware ( MOOC ) movement is a step in this direction. Big name universities on either side of the Atlantic have come together to create two major consortia — Edx created by MIT, Harvard and UC Berkeley in the US, and FutureLearn, consisting of 12 British Universities namely  Birmingham, Bristol, Cardiff, East Anglia, Exeter, King’s College London, Lancaster, Leeds,  Southampton, St Andrews and Warwick, along with UK distance-learning organization The Open University (OU)  — have been formed to develop the concept. And then of course there is Coursera, a commercial entity,  and Udacity, a free online education site created by Google employees.

While the jury could be out on the effectiveness and eventual viability of these enterprises, it might make sense  to see what is it that a traditional university has that distance learning must meet, match and exceed to be taken seriously.

To understand that let us ask… What is a University?

At its most fundamental level, a university has three critical characteristics, namely:

Now let us look around us and see if these three conditions are being met anywhere in the digital world. Lets consider the world of social media – Facebook, Twitter, LinkedIn, Youtube, Google+, Instagram… What is common to all these platforms?

What is even nicer is that these interactions can be very, very ‘rich’ interactions, not just in terms of media — that is images, audio, video — but in terms of questions, answers, clarifications, comments, appreciation, criticism, and even evaluation, in terms of likes, shares and votes on each and every interaction. In fact, I believe that social media interaction is far more richer in terms of diversity and depth than what could ever be possible in the physical world.

So the success of a distance learning program in emulating and surpassing a traditional university lies in its ability to map the university model on the social media model that has become so wildly popular.

In this context, it would be nice to keep in mind that when Apple had first introduced the Newton, a personal digital assistant, way back in the dim, dark ‘Middle ages’, it was not accepted. But the iPad, which is essentially a similar device, was an instant success because ubiquity of the Web and proliferation of the cellphone network through which the Web could be accessed inexpensively created an environment where the iPad (and other tablet computers) could thrive.

Similarly, distance learning and the concept of open universities as established by institutions offering correspondence courses may not have been very popular, but the same when delivered through the medium of a ‘Web 2.0’ or social media platform, could be far more effective and popular, and pose a credible alternative to the established brick-and-mortar classroom that have become so impossible expensive and unaffordable for large parts of the global population.

One key area that distance learning falters on and yet, one that is of crucial importance to students is a credible evaluation mechanism that employers can depend upon and on the basis of which they can offer job placements.

In fact, the popularity of most universities rest, not on what they teach or how, but how many of the graduating batch is placed and at what salaries. In fact, irreverent commentators have compared universities to job placement agencies.

The real challenge in distance learning is to put together a periodic examination process that attaches a credible grade or marks to each student that the employer can use to sort and sift the good, the bad and the ugly! This can easily be arranged if we adopt a hybrid model where teaching is online but evaluation done in a  physical classroom under the supervision of strict invigilators in a number of distributed locations that need not be anywhere near the teacher who taught the course. This is hardly a big challenge since we are quite used to conducting examinations like the GRE, GMAT, CBSE, JEE on a nationwide or even global basis through certified and credible franchisees.

The last thing that we need is a placement service that will allow employers to reach out to qualified students and evaluate them in an objective manner. Job portals like Monster and Naukri can be plugged in with the online university and interviews can be conducted on Skype or Google+ Hangout to any level of detail.

All the pieces are in place. We just need someone to tie all this together and create a solution to problem of delivering credible college degrees to motivated individuals in an inexpensive manner.