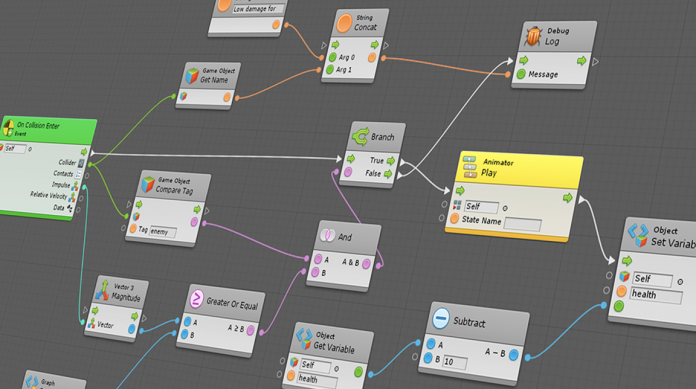 Bolt visual scripting is now included in all Unity plans, at no additional cost. Users can download Bolt through the Asset Store, says Unity.

Users who purchased Bolt after Unity made the acquisition announcement will receive a refund in the amount of their purchase.

When it is shipped, Bolt 2 will also be included in all Unity plans at no additional cost. More information to come later this year.

Bolt is a visual scripting asset for Unity. It enables users to create logic for games or applications without writing code, says Unity.