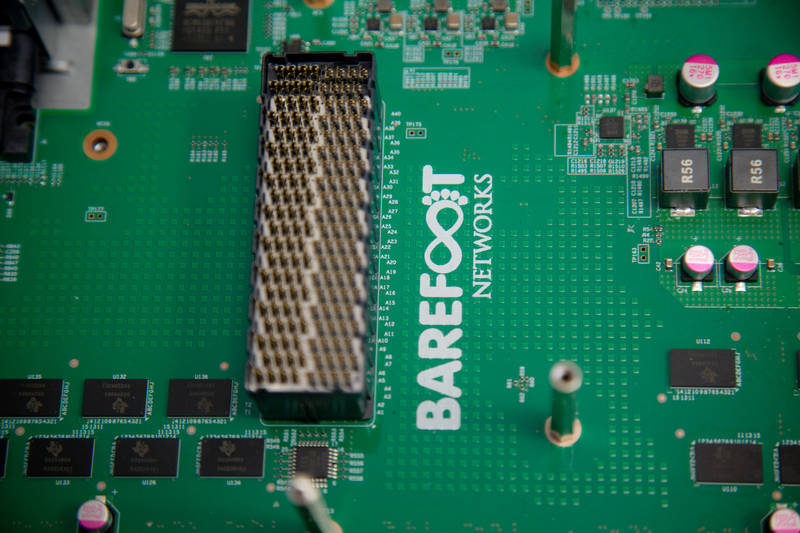 Barefoot’s Tofino switch chip processes packets at 6.5 terabits per second, says the company. The Tofino switch chip is also fully programmable, allowing network owners to specify the behavior of the packet processing devices in their network, down to the packets flowing on the wire. The switch can be programmed in the open-source P4 programming language.

How could a 1996 switching architecture be the right foundation for 2016’s applications?

“The basic fixed-function switch architecture was set in 1996 and has remained unchanged for twenty years,” noted Nick McKeown, co-founder and chief scientist at Barefoot Networks. “Yet everything else in the data center changed. We went from monolithic software to VMs and then to containers and fully distributed applications. With the rise of the cloud, data center traffic patterns changed as did the role of the data center. How could a 1996 switching architecture be the right foundation for 2016’s applications? In all other parts of the data center we have moved to programmability. Tofino enables this move for networking. It empowers network owners and their infrastructure partners to design, optimize and innovate to their specific requirements.”

“Software running on programmable hardware is displacing fixed-function hardware all across IT and the data center, as software eats the world. Sadly, network engineers and operators have been left behind. Barefoot Networks will change all that and bring the network into the future,” said Ben Horowitz, partner, Andreessen Horowitz.

Barefoot’s platform lets owners of data centers decide, and quickly implement, the features they wish to run in their networks, says the company. For example, with Barefoot the network can be optimized for specific use cases (e.g., big data, security, storage, multi-tenancy), and it can help resolve outages by providing packet-level telemetry information.

Barefoot will also bring programmability to enterprises and service providers. For example, a consequence of “opening” the data plane, is that any network owner can add proprietary fields, new protocols, and new measurement formats, as well as support new service guarantees and SLAs.

Barefoot’s Tofino switch series will be sampling in Q4 this year.